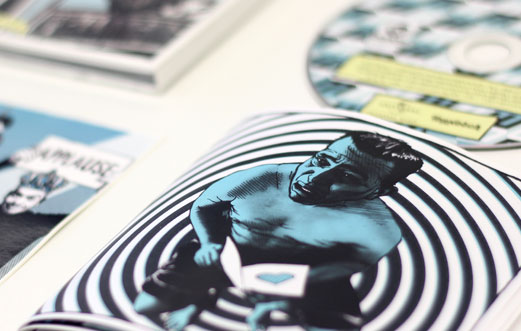 Identity, album, etc for rapper Fresku.
Rapper Fresku asked me to make the design for his second album called “Maskerade”. Together with Fresku I came up with a concept which represented his passions and his music. Fresku is a big fan of comic art and story telling. He has a unique way of expressing himself. The album contains comedy songs, emotional songs and everything in between. We made him a superhero and I created some sort of a comic about every song. We chose the simple color scheme starting with black and white, yellow from the comics and turquoise for the sea of Curaçao (where he was born). All drawings where first made by hand and then finished on the computer.

After the album was released there where loads of Fresku items I designed like a shoe together with Kangaroos and Royal Sneakerstore, postcards, T-shirts, website, backdrop, posters, etc.

Therefore I created an identity to make it easier to create all the merchandise and all the other Fresku related stuff. 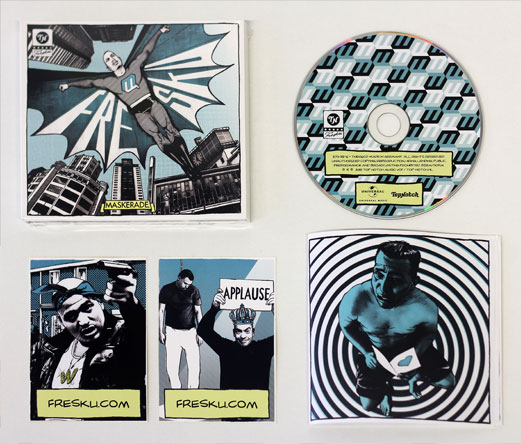 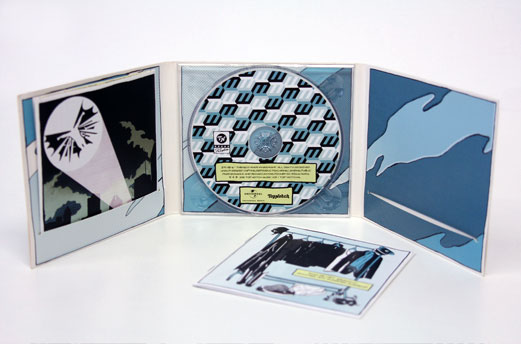 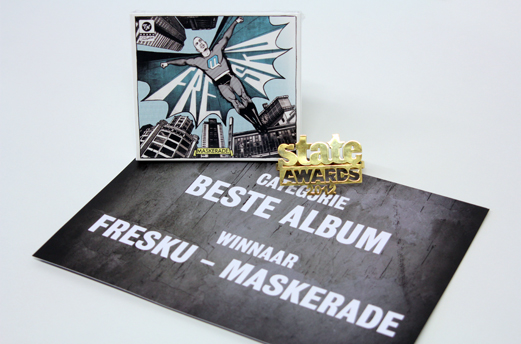 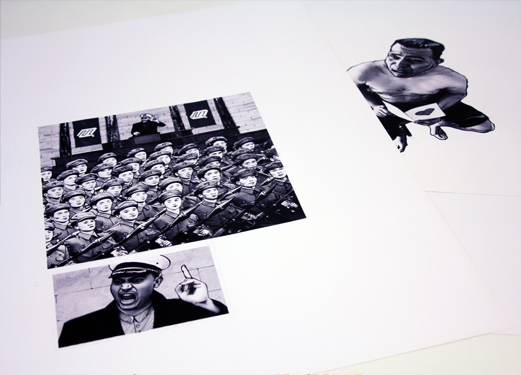 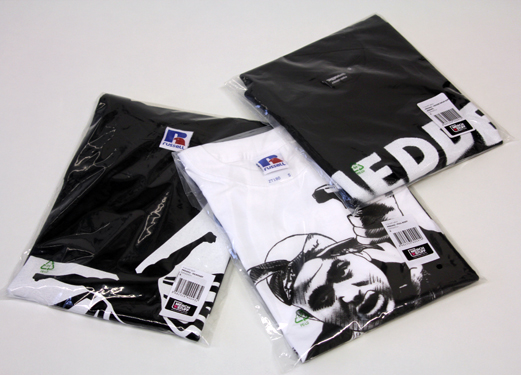 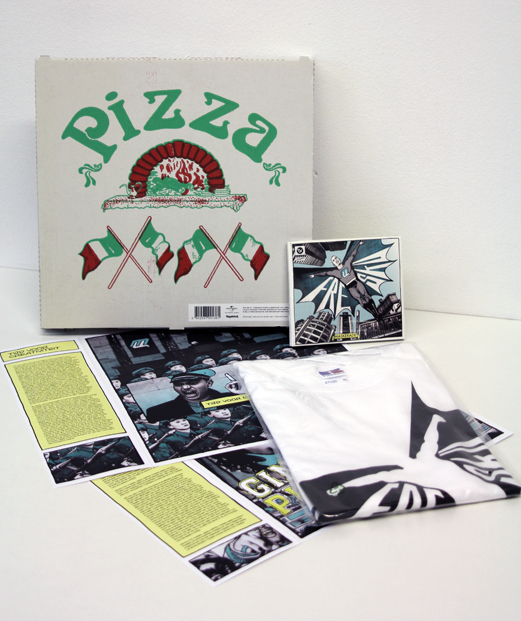 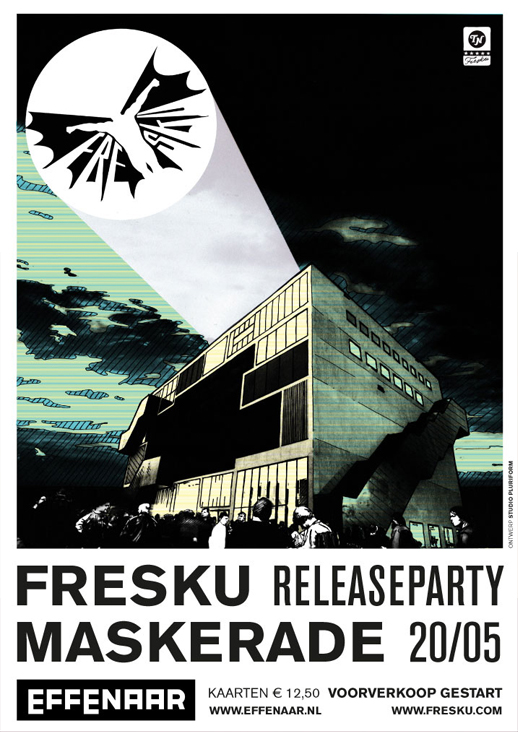