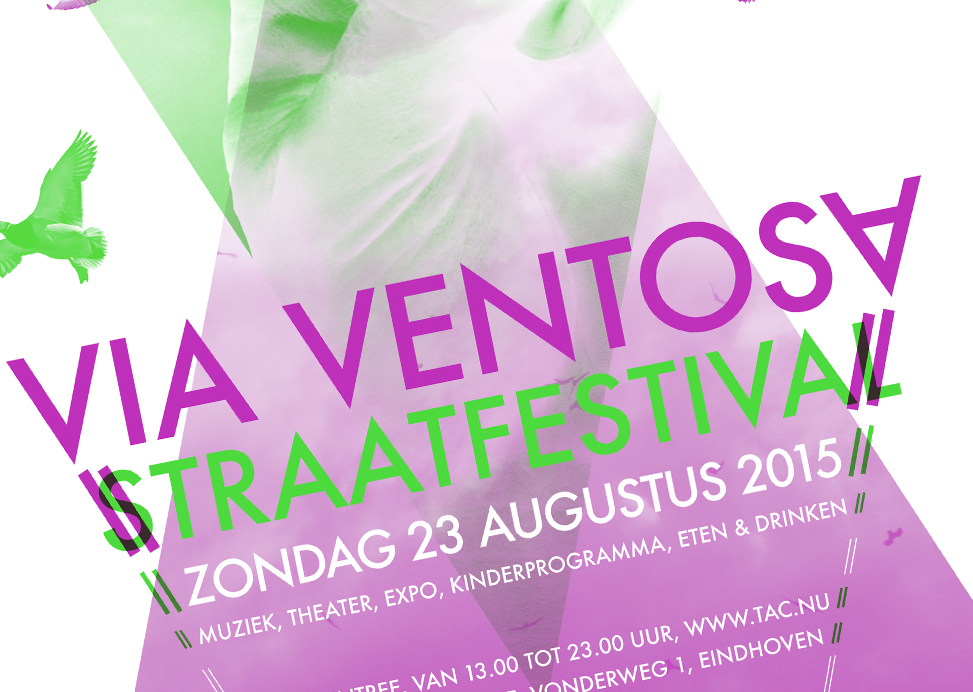 Via Ventosa asked me to design their 2015 identity. It contained a poster, flyer, social media visuals, T-shirt and some decorations for the festival.

Tac (Temporary Art Centre) in Eindhoven is a unsubsidised art institution in Eindhoven. Once a year they throw a party called Via Ventosa. Because of the fact that they are independent I used the V sign. V for Victory, of being independent and the V for Via Ventosa. Combined with the unique roofs of the sheds at the back of the Ventosa flat and some birds I tried to catch the freedom vibe and the unique location. The paper visuals are printed in fluor green and purple. 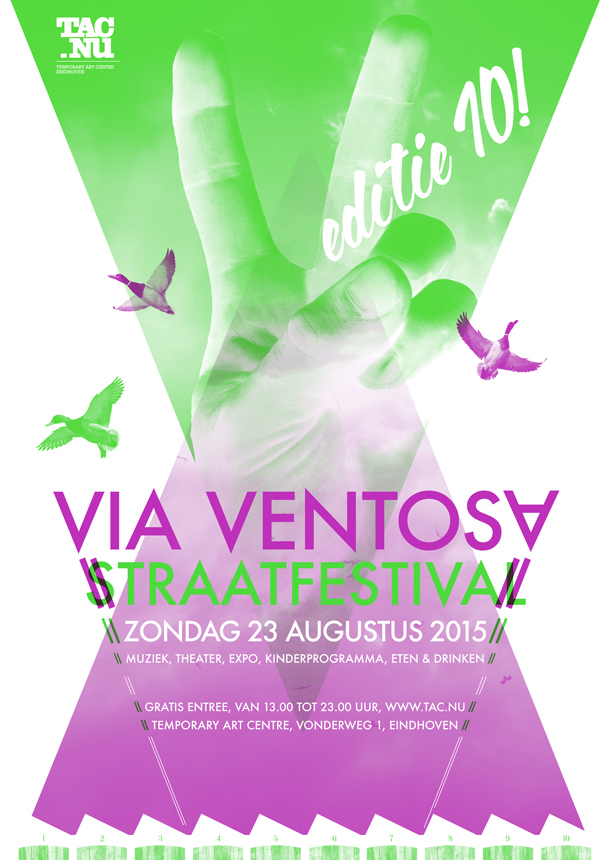